I've never told the story of the first girl I married. We were 5-6 years old.

Sharon lived in the blue trailer across the street from me. She had a younger brother named, Barry. Her mother had such a thick Scottish brogue I was afraid to talk to her. Her father, I didn't even know she had until he was at her birthday. Weird. Who didn't have their dad live with them?

The trailer park we lived in, the Viscount Estates, had faux gated entrance. We were allowed to play anywhere, so long as we did not leave. Back then, you didn't have adults supervising anything. They just kicked us out. If we got too much sun, there was the hell of Solarcaine.

We spent the summer playing in the ditch behind her lot or sitting on the transformer box. When we stayed in, we watched The Gong Show. All summer, we hid in the long grass in the field, and under the picnic tables. I was with her under a picnic table when I lifted my hand and there was a bee impaled on my left middle finger, flailing to escape. I had been stung many times before, but this time I freaked out. My grandmother put my hand in water and corn starch to get the stinger out. Alas, she didn't and I needed to get it removed by a doctor with what looked like my mom's seam ripper. It hurt, and left a white dot on my left hand well into adulthood. It has faded, now.

One Easter, between Mass and visiting my grandparents, I begged to go out. My mother was annoyed, as I was all nicely dressed (probably polyester slacks) and made me promise to not get dirty. Sharon was in white. We hung out in the trees next to the field. There was a huge family of kids we weren't supposed to play with. The Pickles? The Pickels? Both names are in Essex. Whatever, there were a million of them, and Trouble. So, of course we hung around them. Because we were dressed nice, the oldest pretended to marry us. We stood in the trees, while Gordy Pickle did the wedding rites.

One day I discovered one of the plating chemicals in my sister's microscope kit could immediately dissolve Styrofoam -- the very Styrofoam holding her microscope kit in place. Next thing you know, there's this gaping hole. My sister was furious. My grandmother and aunt? Oh the yelling. So I did the only thing a 6 year kid would do -- I blamed Sharon. I am not proud, dear friends. Then when the truth came out, I got yelled at for lying. We had that microscope for years, and seeing that friggin' hole just made me feel guilty guilty guilty.

I honestly don't recall if we played after then. Summer probably finished and she didn't go to Holy Name.

What I *DO* remember is S vanished and reappeared with two black eyes. I remember her riding by and not wanting to talk to me. I was probably just as shy of her as she was of me. Word on the street was she fell while trying to ride her bike with no-hands. My sister said her father did it. That made no sense to me. Did he punish her for riding with no-hands?

People regularly came and left the trailer park. She might have been there a year, or just a few months. They moved away and I never saw or heard of S again.

Was there a point to this story? A lesson? Who the fuck am I, Caillou?

cynica has declared an LJ Renaissance. Well, she didn't phrase it that way, but that's what she meant.

Who's in? Come back from your World of Warcraft and Dreamwidth and MySpace and Facebook and Google+ and tell me all about your family and your fanfic. And photos! *WE* know selfies are *NOT* evil. Sure, selfie sticks look as ridiculous as socks on sandals, but we don't have to see it. I want to see what you people look like.

Reddit has no community. Gawker is assholes. Jezebel is toxic. I want to hear your stories without wading through EE Cards about drinking wine, or UpWorthy listing things (#4 broke my heart!)

If anything, there's a whole new crop of uninformed 20 year old moms to argue with!

Being the boss can be lonely.

I got myself an Apple Watch. jelis? 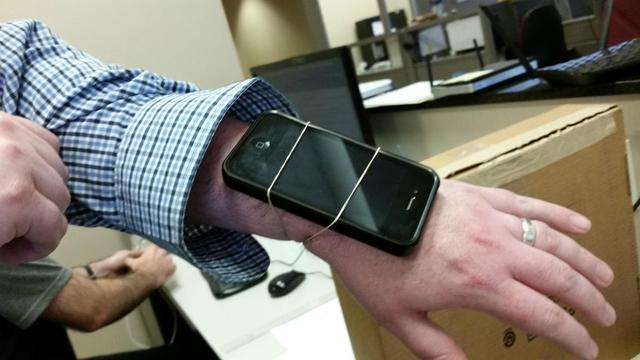 Do you pronounce "toward" with one or two syllables? Dictionary.com says one. Has my English been out of step with the rest of the world?

Also, do you pronounce the t in kitchen? I argue it's there. My grade 2 teacher says no. It's time I lay this to rest.

Her: (paraphrasing) I was waiting on the sidewalk waiting for the light when I noticed everyone in their car was on the phone. As I was contemplating this and how people are so careless, a facilities truck jumped the curb and almost hit me. Didn't see me until he passed and I screamed. If I hadn't have jumped out of the way, you'd be at my funeral.

Friend: (direct quote) well the universe gave you a mighty wake up call this morning didn't it? as you were judging others in their behavior- where was it that you chose the opinion that it wasn't ok? anytime we judge another actions we activate that energy within ourselves. then the universe has to get our attention. so why not let others' do others' and you just be in allowance for anything they choose to do? just a differing opinion

Me: Did someone seriously say someone almost hit you because of JUDGING ENERGY??


Seriously, I think social media and free speech is important. This way we know who's a bigot and who has a frightening sense of reality. It wasn't worth commenting to, but WHAT THE FUCK? This is the stupidest victim blaming I've ever read!

I now have to go to the store. If I die, blame the JUDGING ENERGY.

I just noticed the next Disney Animated Classic coming out in November is going to be "Big Hero 6". Without actually looking it up, I am going to preemptively announce this is bad for Disney.

Anything numbered 6 is lousy by nature. IE 6, Wordperfect 6. Java 6. The Pentium Pro was awesome, but they avoided a fiasco by not calling it the Sexium, or (appropriately) Hexium. Regardless of how you order them, both Return of the Jedi and Revenge of the Sith, stink.

And if you think this curse only relates to actual incremental releases, I give you "Leonard, Pt 6"

Anyone think of anything in support or contrary to this pet theory? A co-worker argues "FtT 6: Jason Lives" and "ST6:The Undiscovered Country" are good.

How to improve office morale immediately.
Say this incantation:

"Hey guys. What would R J Fletcher SENIOR say if he were alive today?"

But be prepared to hear them quote UHF for another half an hour...
Collapse